Detroit, 1967 – the summer of love and hate | Stuart Cosgrove

The violence that shocked Charlottesville resurrected the spectre of the racist attacks unleashed in American cities in the 1960s. As Kathryn Bigelow’s film Detroit hits cinemas, Stuart Cosgrove writes that those events lit the touchpaper for change…

The streets of Detroit were molten with injustice 50 years ago. The worst riots in modern American history had torn the Motor City apart, leaving 43 dead, thousands injured and an urban landscape that resembled a war-zone. Buried beneath the debris were the fragments of lost lives and ruined communities, most of which are now largely forgotten. But this month a feature film about Detroit in 1967, by the multi-award winning Hollywood director Kathryn Bigelow, opened to largely positive reviews.

There was a fund of goodwill towards Bigelow not only reflecting her status as Hollywood’s pre-eminent female director but the collective power of her two previous films Zero Dark Thirty – the hunt for Osama bin Laden and The Hurt Locker, the Oscar-winning film set against the backdrop of the Iraq war. Now she was turning her considerable talent on history and the home front. A thematic thread links all three films – they are films about the male psyche and the inherent tensions that lurk in the dark heart of all-male combat units.

Coincidence can be a strange lever of creativity. Almost two years ago my book Detroit 67: the Year That Changed Soul, the first in a trilogy of books on 1960s soul, was published. It was extensively reviewed in the Freep (Detroit’s Free Press) and copies were bulk-shipped to one of the Motor City’s black music institutions, Peoples Records, a haven for the city’s crate-diggers and urban hipsters.

Through the local grapevine a copy of the book reached Mark Boal, Bigelow’s screenplay writer, who was showing early interest in the forthcoming anniversary of the Detroit Riots. Simultaneously, a major exhibition, Say It Loud: Art, History and Rebellion, was in development and is now featured at the Charles H Wright Museum, Detroit’s Center of African American History. All three – the book, the film and the exhibition – evolved independently, taking different perspectives on the year that changed Detroit. As Mark Boal shaped his screenplay, our projects came to a similar point of fascination: the story of the brutal murder of three young teenagers in the dying hours of the riots in what is now known as the Algiers Motel Incident. The story involved an emergent Detroit harmony group, The Dramatics, and came to dominate a chapter of my book. It would be vainglorious of either of us to claim ownership of the story, it was already known to be one of the great injustices of the 1960s and was first brought to the page by the peerless new journalist academic John Hersey, who won the Pulitzer Prize for his forensic book on the aftermath of Hiroshima.

Hersey had trawled through the embers of the riots unearthing endless fascinating incidents and his sharp eye had settled on the night that a rogue unit of the Detroit Police murdered three young African American teenagers – Aubrey Pollard, Carl Cooper and Fred Temple – shooting one of them in the testicles in a manner that Hersey himself described as a “ballistic lynching”. None of the police were ever satisfactorily convicted and so the case has lingered like a sore ever since, given new life by the Black Lives Matter campaign, and the recent wave of police violence against young black men. What fascinated me about the case as a historian of soul music was that The Dramatics were witnesses to the events and two of them, Larry Reed and Roderick Davis, were beaten violently over a period of a few hours. Davis was so badly beaten that he suffered irreversible neurological damage and he drifted away from soul music into obscurity and early death. The movie focuses more on Larry Reed played by the Saginaw soul-singer Algee Smith and in that sense tells a story of thwarted talent almost like a Dream Boys, but with darker and more sadistic undercurrents.

For the Dramatics, the killings were the final nightmare of a weekend that had begun so buoyantly. They had been booked to open a Motown concert at the Fox Theatre which was headlined by Martha and the Vandellas. They were already backstage when police entered the auditorium bringing the show to a premature end. Stagehands called Martha Reeves off stage and told her to end the performance during a chorus of her evergreen dance-craze hit Dancing in the Street.

Some Detroiters found it shallow that Hollywood glamour should be paraded at the legendary Fox Theatre, in the very place where the drama of the Algiers Motel began

Unintentionally, the police intervention threw suspicion on a largely innocent record, which from then on became synonymous with summer rioting and public disorder. At the time The Dramatics were virtually unknown except for a irritatingly catchy novelty song Inky Dinky Wang Dang Doo, which in the months that followed became a popular song on the UK northern soul scene.

The group left the theatre and headed to the Algiers Motel, a hang-out for soul musicians and drug peddlers, which bore the worn-out look of a seedy nightclub, framed by palm trees and famed for a heavily chlorinated swimming pool. It was in the rear annex of the motel that the killings began. The venue is brilliantly realised in the film: seedy, evocative and hugely appealing. 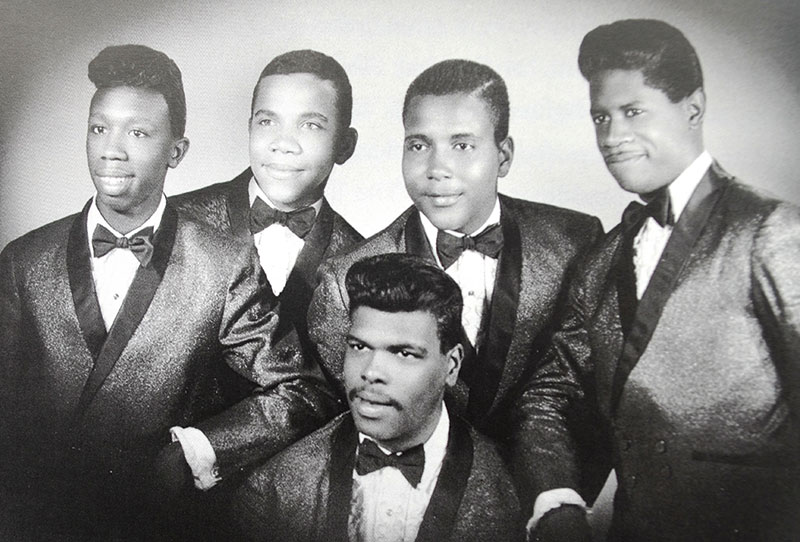 Most Detroiters have welcomed the film. Hundreds flocked to the glitzy red carpet premiere just to see the cast but there was inevitable criticism. Some found it shallow that Hollywood glamour should be paraded at the legendary Fox Theatre, in the very place where the drama of the Algiers Motel began. There have been disagreements about verisimilitude and vision too, the curse of all historic cinema.

For example, the movie is immensely kind to a character called Melvin Dismukes, a security guard who rings the police to complain about trouble at the Algiers and joins in with them in the initial raid on the premises. Dismukes is played by the Peckham-born actor John Boyega, of Star Wars fame, and it takes nothing from his performance to say that he is portrayed as a conflicted character who seeks to give support to the teenagers through their ordeal, and in one virtuoso scene, he is framed by the cops in an incriminating interview. My book portrays him more negatively as a sanctimonious man who resents the Dramatics and their flamboyant lifestyle and becomes an accessory to the police violence. The film also fails to make real sense of the motivations of the most pathological police officer – the ‘bad apple’ of a now familiar movie trope – who the film calls Philip Krauss (played by Will Poulter), the vengeful racist cop who leads the atrocities. Why his name is changed is unclear. In real life the lead cop was a man called David Senak, a second-generation Czechoslovakian, who bizarrely had been at high school with Diana Ross of The Supremes and who through his professional exposure to crime and vice had developed an irrational hatred of young black men.

Discovering The Dramatics and their friends consorting with white prostitutes at the Algiers was the final stage of his descent into racist brutality. The clarification is more than nitpicking a deep wound that had opened up in Detroit between white immigrants from Eastern Europe who worked often as police officers, car plant foremen and shopkeepers as angrier young blacks had to tolerate unemployment, poorly paid jobs or the killing fields of Vietnam. The social schism was one of race and class and probably best told through social history than the narrative momentum of a movie.

For all its many virtues – and a visceral and intimidating sense of violence is high among them – Kathryn Bigelow’s Detroit can never be the definitive story of the rebellion of 1967. Nor can my book, for all its love affair with the independent soul music of the Motor City, be anything more than a perspective. Detroit in 1967 has resisted all our efforts to pin down meaning and to this day it is a story that can never be fully told. The riots, which by the end of the year were being described more accurately as rebellions, had flared up on 12th Street when a police raid on a ‘blind pig’ (the Detroit name for an illegal-drinking den) erupted. Bottles were thrown and discontent spread like a virus.

The oldest man who died was an ageing Armenian immigrant, who was kicked and bludgeoned to death trying to protect his shoe-repair shop as a gang of looters surrounded him. The youngest victim was Tanya Blanding, a four-year-old infant who was shot at a tenement window by a National Guardsman at the height of the blackout curfew. As fear of sniper fire had gripped the police and military, her uncle had lit a cigarette; bullets ripped through the body of the infant and she died instantly. Her tiny white coffin being carried by her family remains one of the most poignant images of the disorder.

These stories remain buried beneath the rubble of racism and pandemonium that visited Detroit on that fateful weekend, and neither have been fully told by either the book or the film.

Stuart Cosgrove’s book Detroit 67: The Year That Changed Soul, the first of his soul trilogy, is out now (Polygon, £9.99). The second part, Memphis 68: The Tragedy of Southern Soul, is available from October 5. Kathryn Bigelow’s film Detroit is in cinemas now