“People like me should have been here way before,” says Chris Sonnex

If you were asked to imagine the artistic director of a theatre company, Chris Sonnex is probably not who you’d think of.

Down-to-earth and expressive, Sonnex credits much of his creativity to growing up on a London estate in the midst of so many different cultures and stories.

But Cardboard Citizens is no regular theatre company. It uses the arts to engage and create opportunities for people experiencing poverty and inequality.

Sonnex has just become its first artistic director who has lived experience of homelessness. Theatre was his route out. And he hopes he can help others benefit from theatre in the same way.

We caught up with him to hear all about it.

The Big Issue: Congratulations on becoming artistic director. How does that make you feel?

Chris Sonnex: Thank you. It’s a daunting task. It’s a difficult one, because I think from my upbringing, people might think ‘oh, they’ve made a mistake somewhere’ so I’ve got that imposter syndrome.

But other than that, you can see the world of possibilities at this point and all of the different things that you can achieve. I’m so glad I get to provide a voice and representation for people.

I was born in a council estate in London, and I was on and off the poverty line. Sometimes I was under it, and sometimes a little bit over it. My mum was a single mum, sometimes working and sometimes not working. So, I think roles like this, they feel like you can never achieve them.

For me to be here having had lived experience of poverty and homelessness feels amazing. But I don’t want to doff my hat and be too like, “Oh, thank you for letting me be here.” Because people like me should have been here way before.

How does having lived experience of homelessness impact your perspective?

I think anybody that’s had an experience of homelessness in any way – whether it’s being on the streets, or sofa surfing, or being in an abusive relationship – has an understanding of how they would have wanted to be helped. But of course, everyone is so different. So, you can speak for yourself, but you can’t necessarily speak for a whole group of people. For example, being working class in London is so different from being working class in Doncaster.

How did you first get into theatre?

It was the only thing I was good at in school. Actually, there were three things I was good at in school: drama, music and bullshitting my way out of trouble. I spent a lot of time in my life thinking I wasn’t very good at anything. [Arts subjects] gave me confidence that I wouldn’t have had if I was just doing science because I was so bad at that.

There were a lot of boundaries in the way of even understanding it was a viable career. I didn’t know for a long time that there were jobs in theatre other than being an actor. No one ever really talks about being a lighting or sound designer, a stage manager or any of the jobs that you can have in theatre.

I’ve spent quite a lot of my time trying to make sure that other people like me or others that are underrepresented can have that opportunity. So that we’re not losing all of this talent. Because if I’m here, there’s got to be more people that are as good or better than me that we’re currently losing.

How do you make quite an intimidating industry feel more comfortable for people who’ve experienced situations like poverty and homelessness?

You’ve got to do loads of different things. The most important thing is not to say to people, ‘this is for you, this is the thing that you must love’. Because ultimately, that’s not going to work. We’re all so different, we can’t think of people as groups that all have the same opinions. We live in a world where we think people are sort of binary. But we’re not, we’re all shades of grey. And it’s important to give people the opportunity to say, ‘Actually, I didn’t like that, and I don’t want to see it’. But at least they’ll have that opportunity to make up their own mind.

Theatre had a difficult time in the pandemic. What’s your plan to recover from that?

People living in poverty, or people from the Black community, for instance, were disproportionately affected by the pandemic. And that’s the same with homelessness.

In theory, anybody can become homeless, but it does disproportionately affect, for example,
queer people. One in four young LGBTQ+ people experience homelessness between the ages of 18-25. Of course, we can all be affected but the truth of the matter is that discrimination is everywhere.

The theatre industry is no different. It can be really difficult if you’re a woman or from an East Asian background. During the pandemic we lost a lot of people who moved on from what became an untenable industry. We have to build back. We have an opportunity to train and find people from demographics that have been historically excluded from the industry.

What are your main ambitions?

Well, I think it has to be growth. Not necessarily growing into a bigger company but growth for our members. To give people the opportunity to grow as artists, as professionals and as human beings.

It has to be about the individual. We spend such a massive amount of time talking about the systemic issues and how we want to change the whole world.

And that’s lovely, but quite a lot of the time you end up missing little things which are incredibly important. We need to be looking out for each other as individuals and looking at ways we can come together.

How can people get involved?

The training we provide at Cardboard Citizens is free, and in some cases, it’s paid. This is stuff that you would normally have to spend thousands of pounds to learn about. So, to anybody that’s reading this and wants to be part of Cardboard Citizens, there are free workshops that we’re putting on over the whole year, and they’re run by some incredible artists.

If you want to get involved, sign up to be a member. And if you’re committed to do this as a career, there’s a paid traineeship, which is training that you get paid to do. You can do it being on Universal Credit or having any care or other responsibilities because it’s part time.

All of these opportunities will come up throughout the year and I really, really hope people are interested.

Bangers, a new play by Danusia Samal and co-produced by Cardboard Citizens, is at London’s Soho Theatre from June 14 to July 2
sohotheatre.com/shows/bangerscardboardcitizens.org.uk
@ChrisSonnex

Read All
'A landmark moment': Arthur Hughes on being the first disabled actor to play Richard III at the RSC 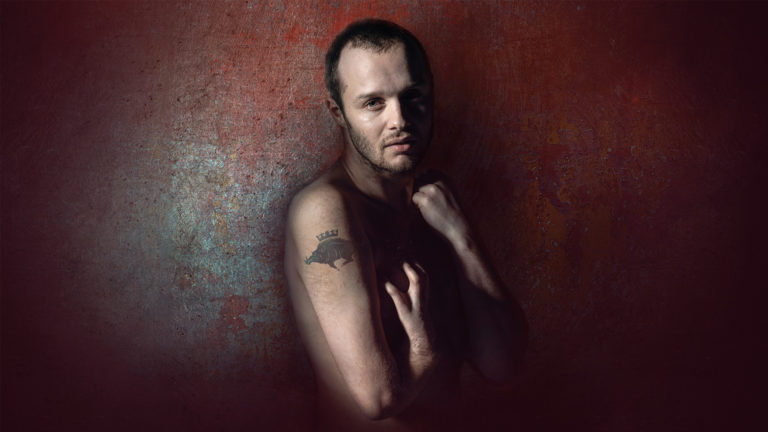 'A landmark moment': Arthur Hughes on being the first disabled actor to play Richard III at the RSC